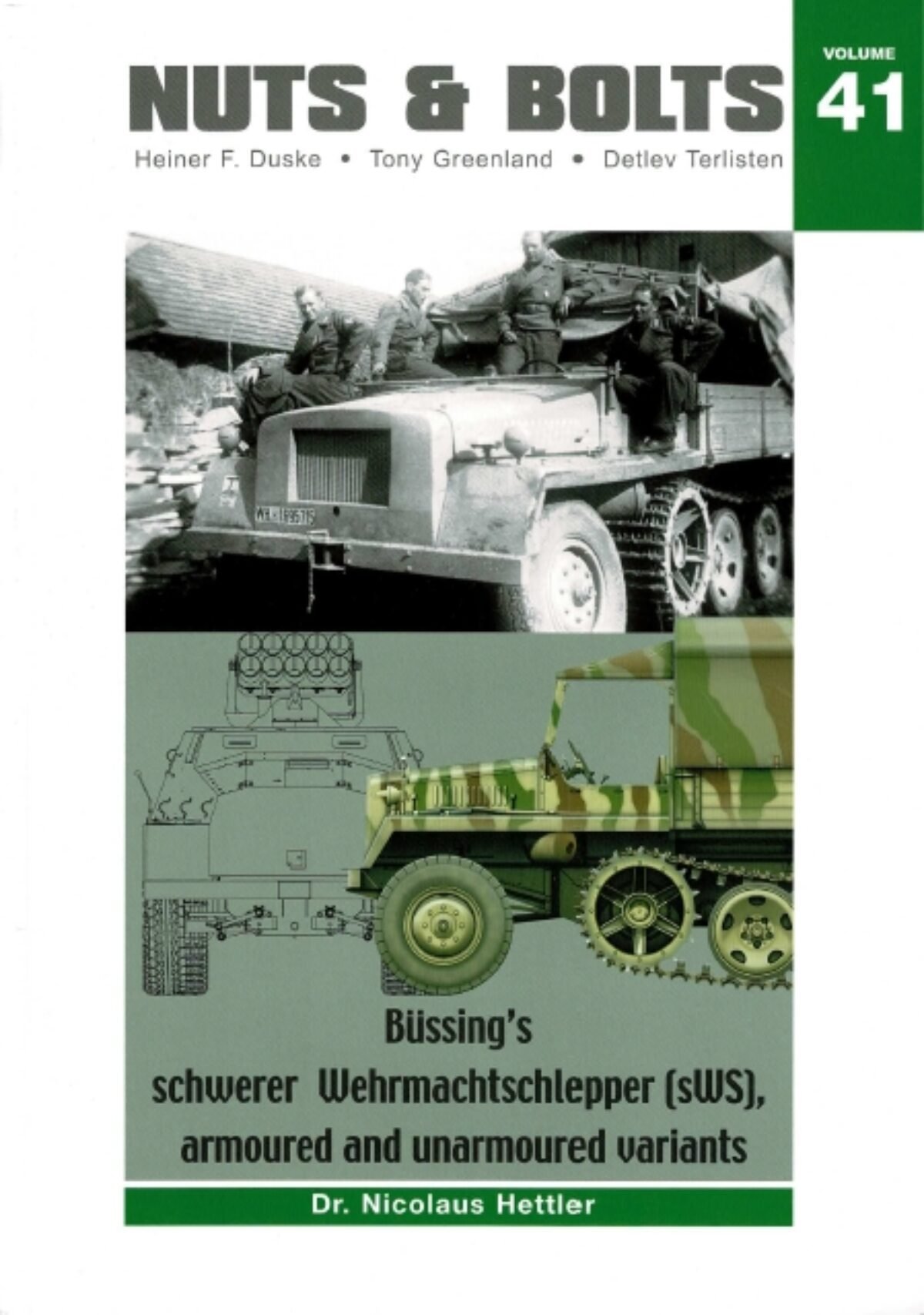 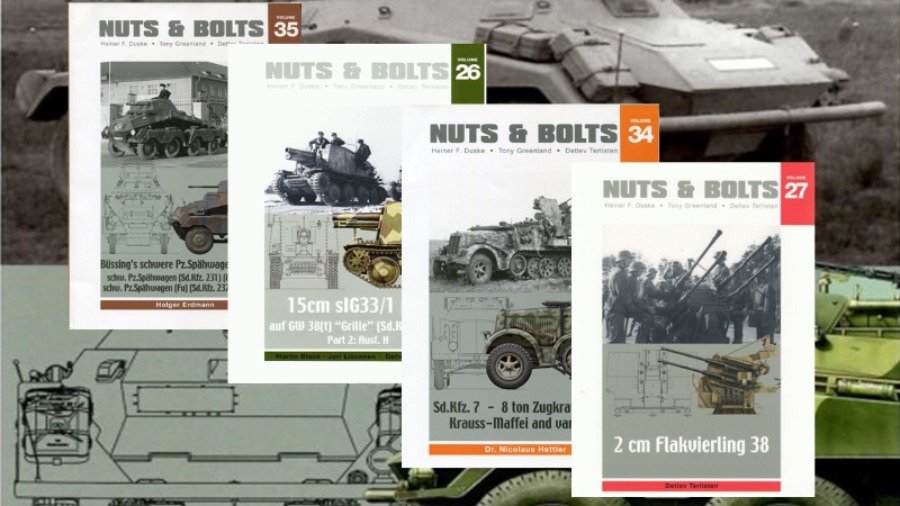 There can be few serious military vehicle model makers who aren’t, at the very least, familiar with this superb and definitive range of Military vehicle guides.
For nearly 23 years, Nuts & Bolts have provided a model making resource par excellence, starting their very first publication covering the Sd. KFZ. 186 or “Jagdtiger”. 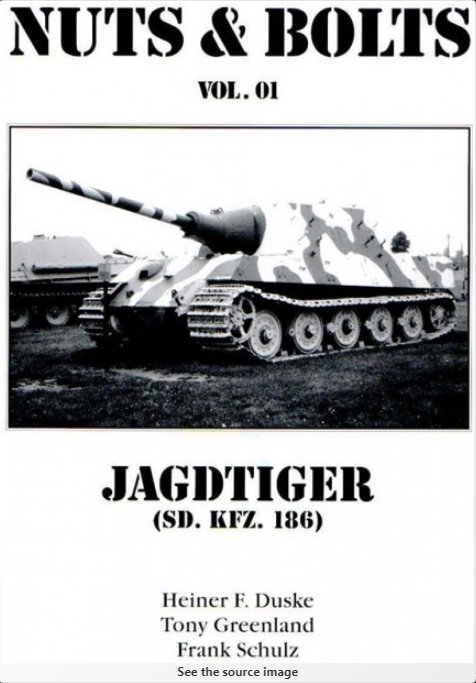 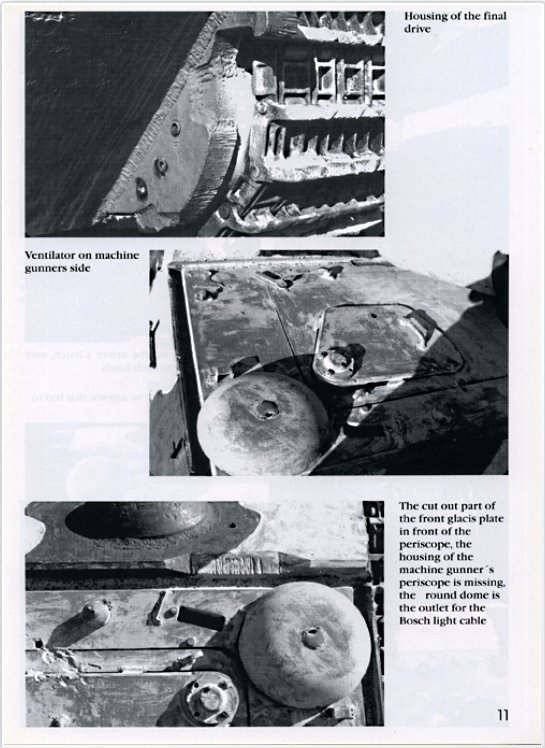 The titles in this series are beautifully illustrated with photographs of prototypes, variants and fascinating photographs of vehicles in theatre and, where possible, restored examples.  These photographs cover detailed areas such as the drive train, chassis and hull components and engine detail to mention a few aspects. There are excellent scale drawings with the added advantage of oblique views that can only enhance the model maker’s depth of knowledge of their given subject.

A selection of photographs of modelled examples of the vehicles completed by well-known personalities in the model making community round off these indispensable books. While it is true that a good illustration is worth a thousand words, we are indeed very fortunate that this range of books, is also contains a superbly written history, background and a clear explanation of vehicle variants. 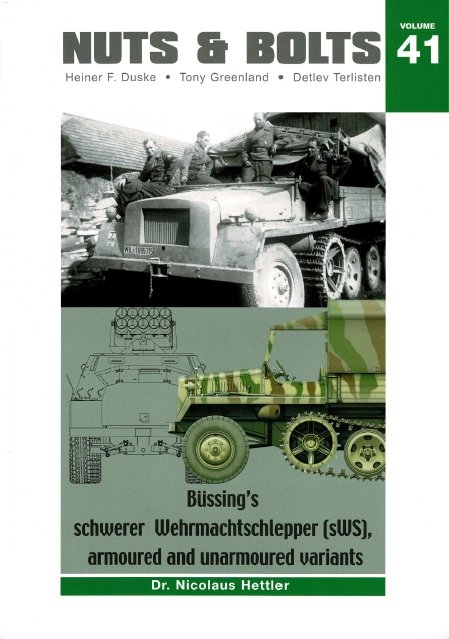 Prior to the commencement of hostilities, there was a recognition of the need for a new generation of halftrack, namely better performance, fewer marques and better load bearing capacity. There had been some developments, though based on older designs of myriad vehicles already in existence: This defeated the second desire namely that of reducing the diverse number of vehicles.

It would be as late as 1942, before a properly formulated set of requirements would be drawn up, based on actual campaign experience. The view was to replace the Sd. Kfz’s 6 and 11 and their variants.

By 1943, Büssing-NAG, who had been selected, had produced five prototypes. Four of these where to meet cargo requirements and the slightly longer fifth prototype, which was partially armoured. These were approved by the Heereswaffenamt that same year.

However the basic engineering differed little from previous generations of halftrack: torsion bar suspension, retention of the problematic (if not downright nightmarish from the point of view of servicing and repair) overlapping and interleaved double road wheels. 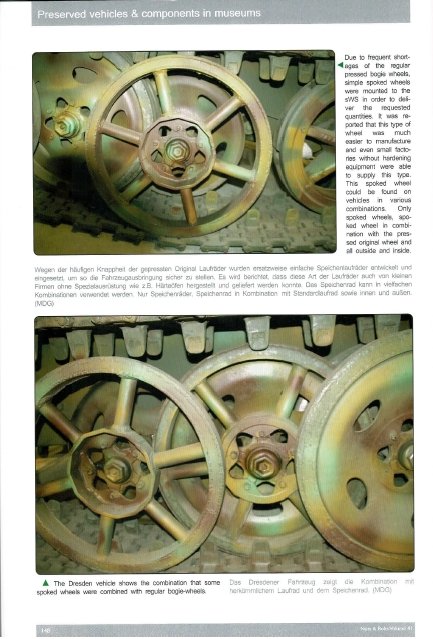 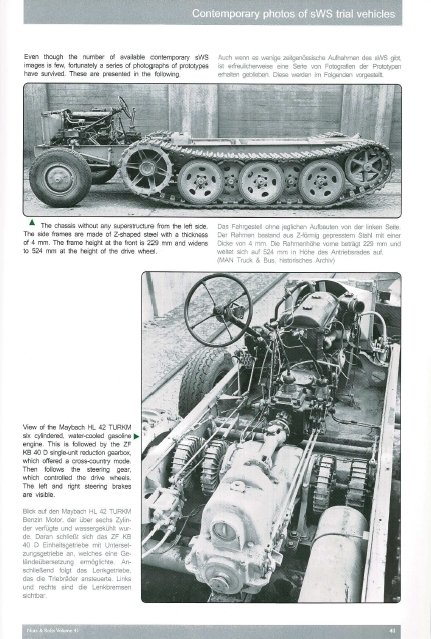 The power plant was the Maybach 4.2 litre HL42 TRKMS, which developed a mere 100 horsepower. The cargo variant showed improved weight carrying capacity over the previous generation transports and the armoured variant allowed for a simple deployment of either 37mm flak 43/1 or 20mm Flak-vierling 38. 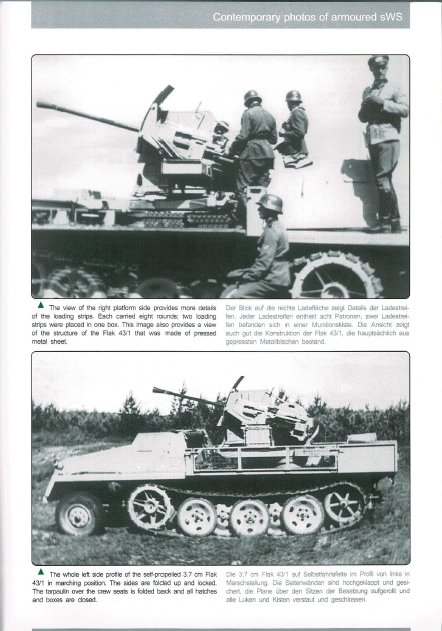 View SanderD171’s video of this superb resurrection of an example of this Schlepper.

As with most types of field kit, it did not take long before local needs dictated a number of vehicles morphing into such things as the Panzerwerfer 42 auf sWS.

The driver’s armoured compartment was extended to encompass the rest of the vehicle and give protection to the ammunition for the ten 150mm barrels of the Nebelwerfer 42, which was mounted above the armoured body. Just over 800 vehicles were produced before the end of the war.

It is interesting to note that the Czech company, Tatra Trucks, who also produced this type in association with Büssing, continued to produce this vehicle after the war, as the T809, possibly as late as 1955 with a big 10 litre V8 diesel. 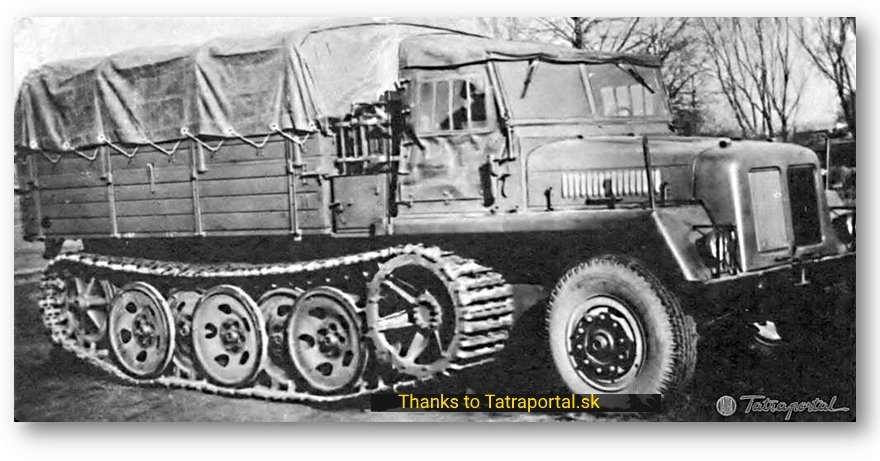 This volume, number 41 in the series, is impressively illustrated with a mixture of prototype, in theatre and restored vehicle shots. These are backed up by excellent scale CAD drawings. The overall result is to give the modeller a great feel for the subject. 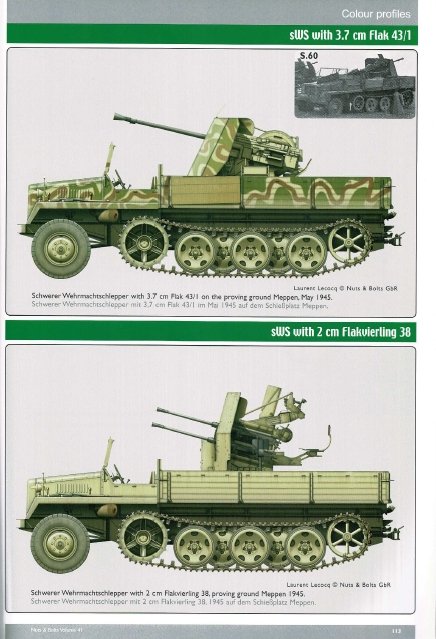 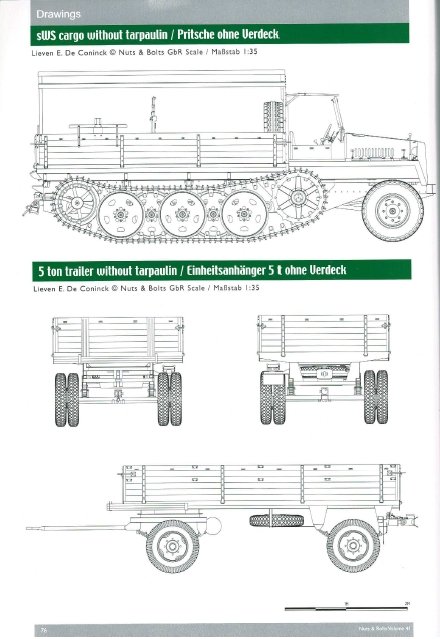 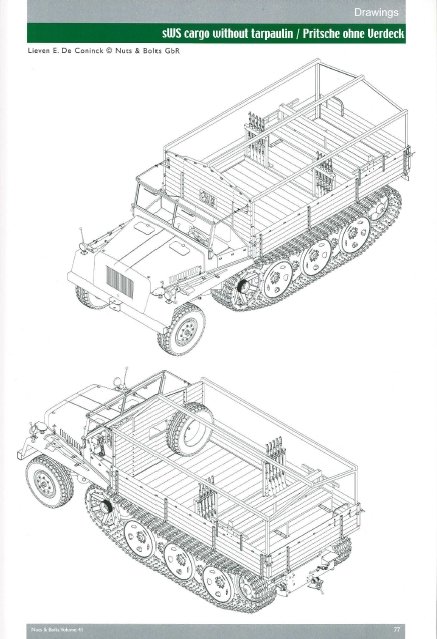 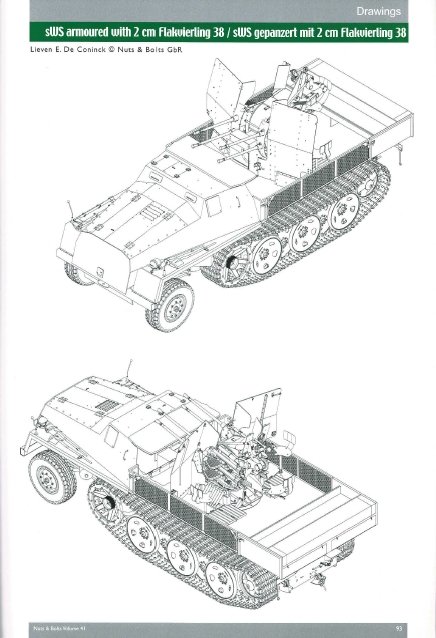 Tony Greenland finishes off this book with a big dose of inspiration in the form of a build sequence for the flak, cargo and Panzerwerfer versions using kits from Great Wall Hobby and Bronco ….. oh, and just in case that wasn’t enough, Vinnie Branigan goes to town on Bronco’s 2cm Flak-vierling 38 auf sWS! 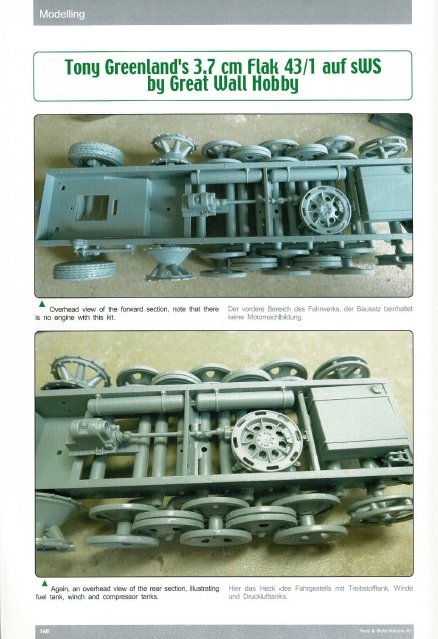 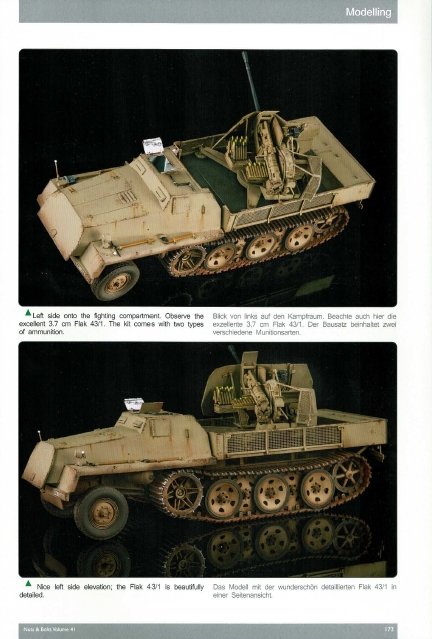 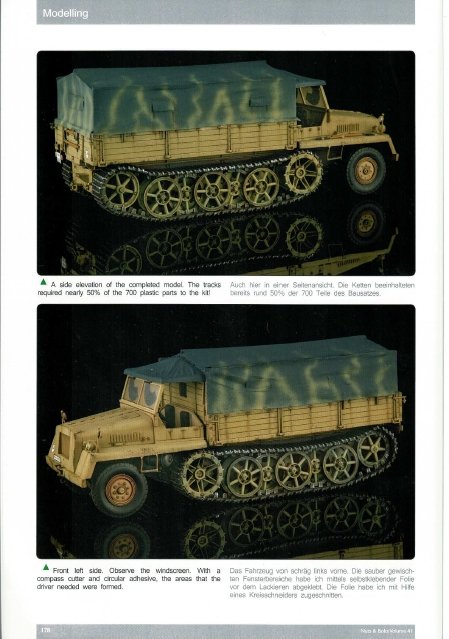 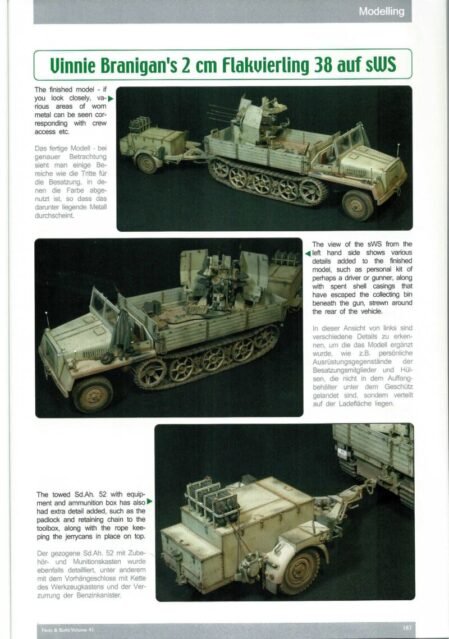 ‘Büssing’s Schwerer Wehrmachtschlepper (sWS), armoured and unarmoured variants’ continues the very high standard that we have come to expect from Nuts & Bolts. As with the other titles in this superb series, it will become an indispensable reference for model makers and is worth every penny of its cover price.