Review of the latest addition to the Nuts and Bolts stable 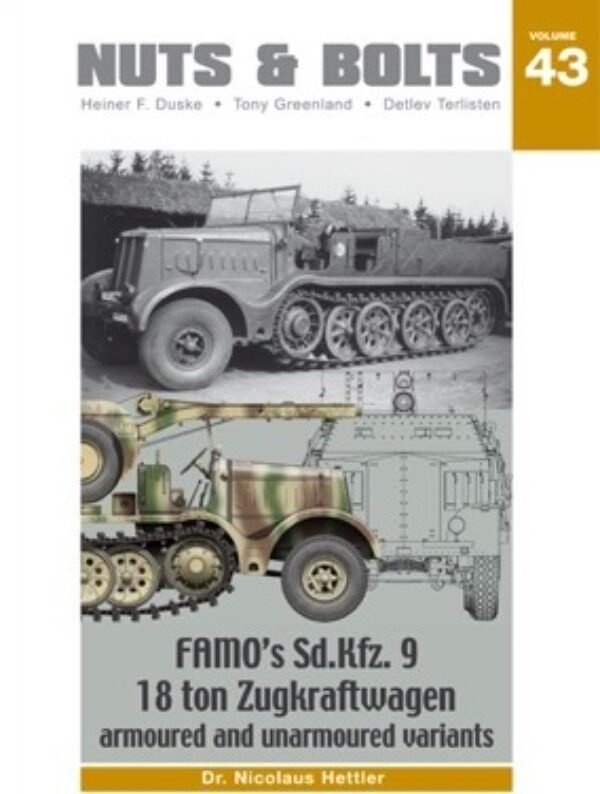 When it comes to building things, the quality of the finished work is usually greatly enhanced by correct application of good quality tools.This also applies to the sources that one uses for back-ground research. With the vast amount of information that one can glean from myriad internet sites, it would appear at first glance that information is both plentiful and easily sourced. This however is not always the case, and there is the worry that what you’re reading might not be correct.

When building kits, strait from the box, this for the most part, is not an issue. The ability to go online to search for some photographs to aid in creating an accurate diorama is reasonable and goes some way to assure one of reasonable faithfulness to events, stowage ideas or the terrain in which you are going to place your figure or vehicle. However, big problems await those who wish to scratch build or to super-detail a vehicle.

In the land of the scratch builder a source of accurate photographs and technical information, is king!

…. running ‘foul
of the turret
monster… 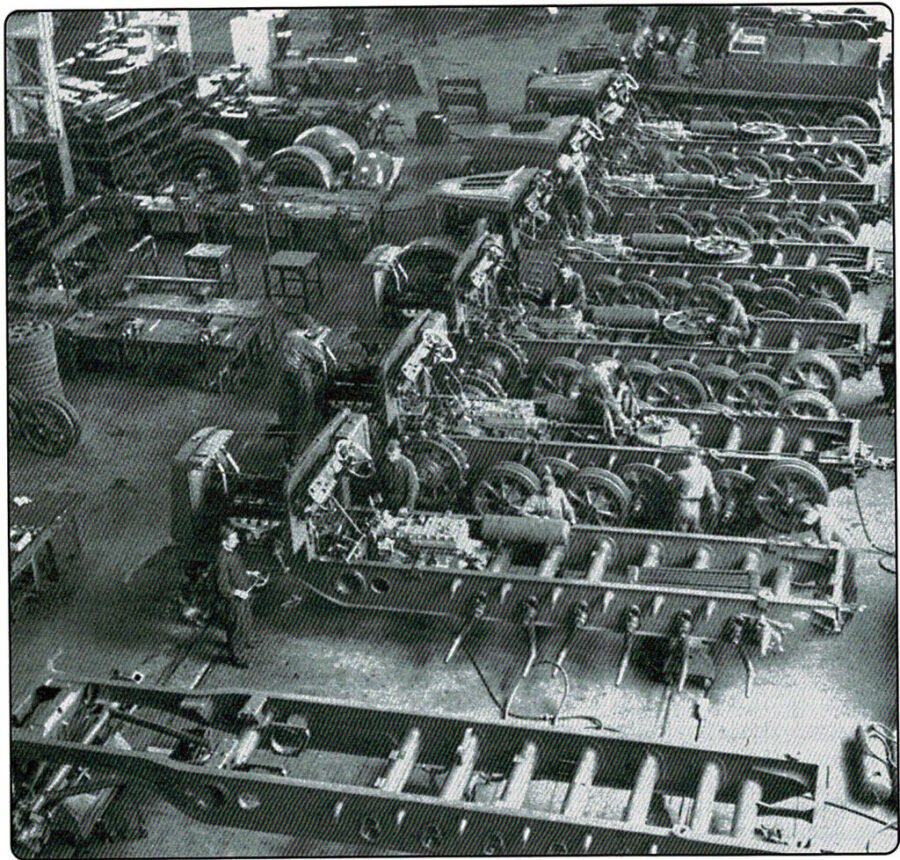 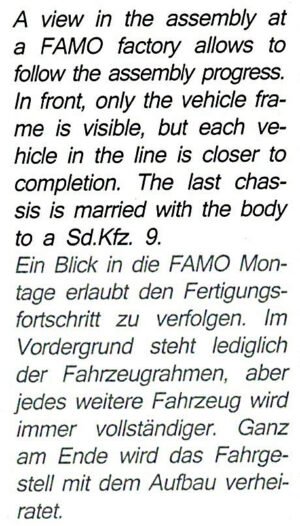 This can be solved by clambering over a restored vehicle with the appropriate tools, namely: a tape measure, a camera, a sketch pad and mark 1 eyeball, all the while risking the wrath of the restorers as you leave grubby prints all over their prized work or running ‘foul of the turret monster, which seems to delight in directing one’s head repeatedly into the same sharp or heavy, or both, piece of tank. I have done both and have the plasters to prove it!

The above solution, while great, involves access, either geographical or permission, both of which can be problematical.
So, when a recognised publisher of accurate, clear and well sourced information puts it all in a single well illustrated book, scratch-builders and super-detailers alike should all rejoice and put away their sticking plasters and latex gloves. As for geography? Well the only travelling you need do is to your work bench! 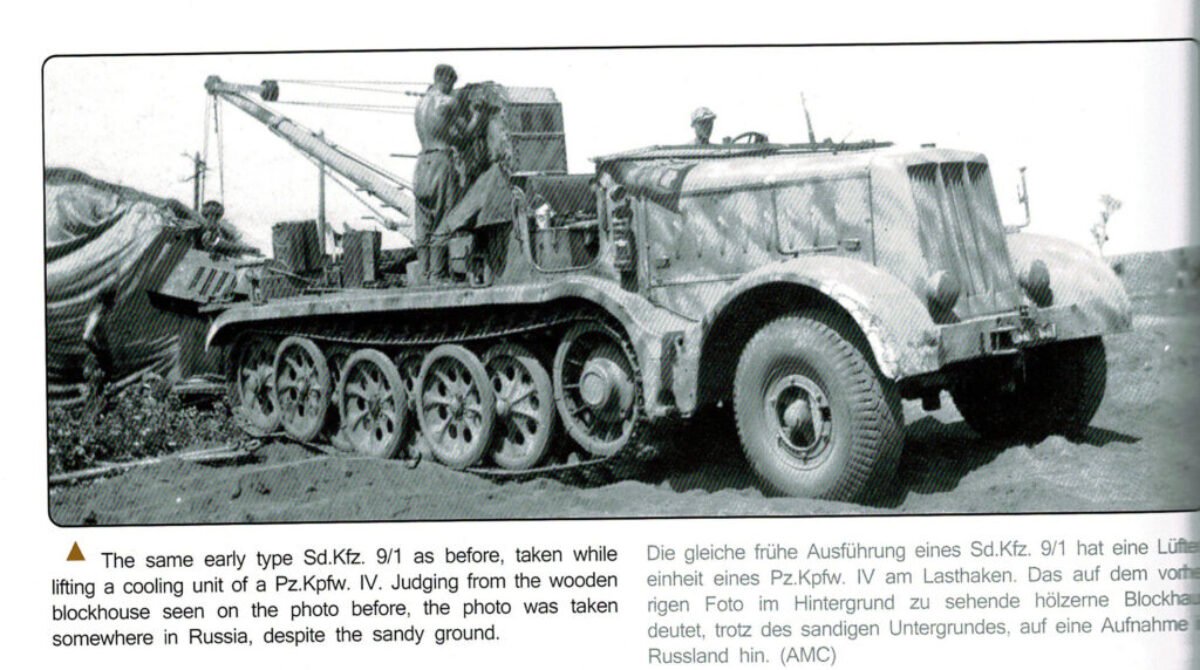 A bit of background:

“In the tracks of the famous “FAMO””

Initial half-track design came from the hand of Ernst Kniepkamp of the Waffen Prrüfen 6 before 1933, when his designs where given to the commercial engineering sector for both development and testing. In 1935, Linke Hofmann Busch Werke, based in Breslau and famous for their Ruebezahl and Boxer ‘schleppers’, were acquired by Fahrzeug- und Motoren-Werke GmbH (FAMO), the road vehicle division of Junkers.

The development of the special trucks department to meet the then requirements of the Wehrmacht saw the creation of a successful range of halftrack prime movers. 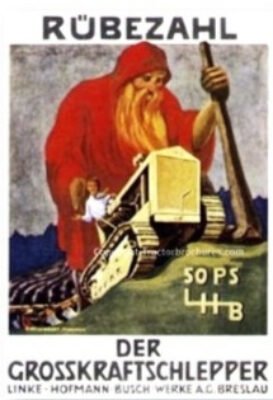 After the invasion of Poland in 1939, FAMO to over the URSUS engine plant in Pruszkow, before both FAMO and URSUS were amalgamated in to Warschauer Vereinigten Maschinenfabriken GmbH (WAVERMA). Junkers finally divested their interest in FAMO in 1942. 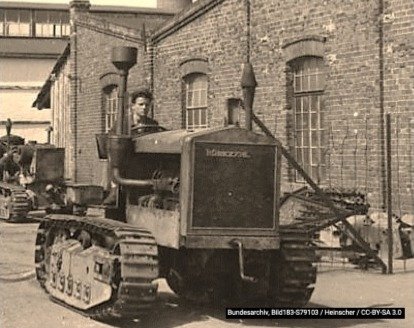 As the tide of the war in the east changed, the manufacturing facilities moved back, first to Breslau and then Schoenebeck and there they remained until the capitulation.

In 1946, FAMO restarted as Fahrzeug und Apparatebau Schoenebeck and in 1948 saw a name change to Fahrzeugwerke Schoenebeck IFA and that is how it continued until its collapse in the early 21st century.

The “Famo”, or Sd.Kfz.9 was the heaviest half-track vehicle in the service of the German military during WWII.
The approximately 2500 vehicle saw service in nearly all theatres, mainly as a prime mover for the heavy artillery pieces, such as the 240mm K3 or the 24 cm Kanone 3. In its recovery role, it could tow the Sd. Anh 116 low loader trailer. It also saw service in its variant forms as a recovery vehicle for tanks, a platform for heavy flak weapons, and mobile-crane.

Powered by a Mayback HL 108, 12 cylinder giving the Famo 270 hp to call on. The easily identifiable configuration of overlapping or interleaved road wheels in six sets – the Schachtellaufwerk layout – was as complicated to maintain as those found in German armour.

…. the only
travelling you
need do is to
your work bench! …

The suspension was leaf spring at the front steerable road wheels and swing arm torsion bars for the tracked running gear.

In the recovery role, the power plant, chassis and suspension arrangement allowed the “Famo” to tow up 28 tonnes and while this was quite adequate for medium armour upto the Panzer IV, it fell far short of the required power to recover a Tiger or Panther. In this instant two or more “Famos” would be required pulling in tandem 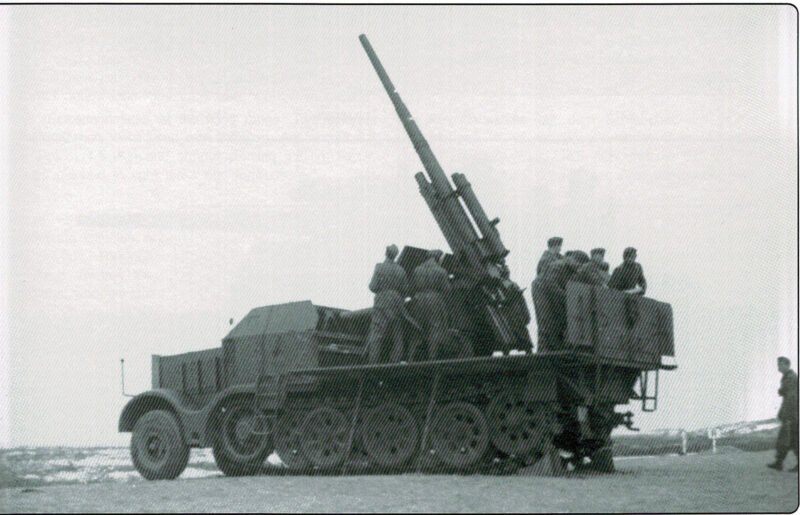 This is the latest in the nuts and bolts series of books on German WWII military vehicles. Though first published some 20 years ago, this is a thoroughly revised and expanded edition, taking advantage of both new sources of illustrations and restored vehicles, not available to the first edition. 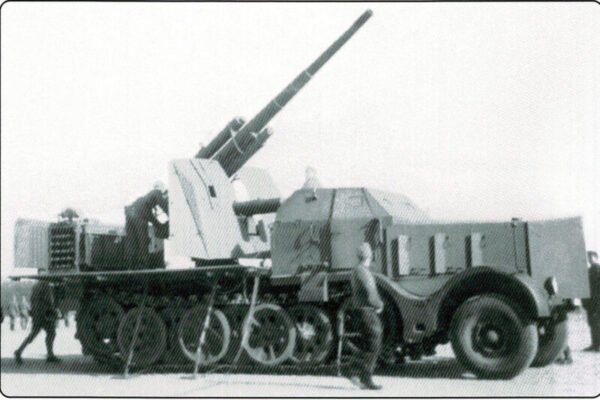 An excellent historical perspective leads neatly into the vehicles’ development and excellent chapters covering both a technical description and vehicle variants. 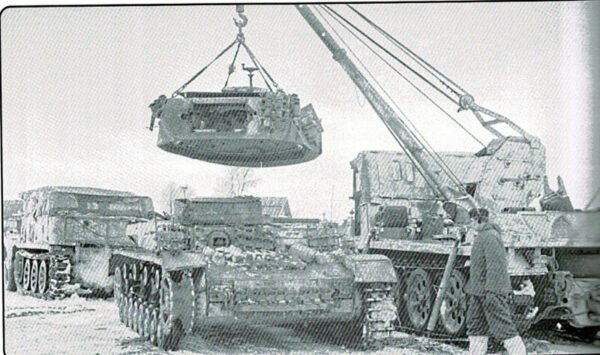 There are chapters on the production plants and the manufacturing process as well as a description of its place in operational deployment.Text content

.…don’t have access
to one parked just
down the road…… 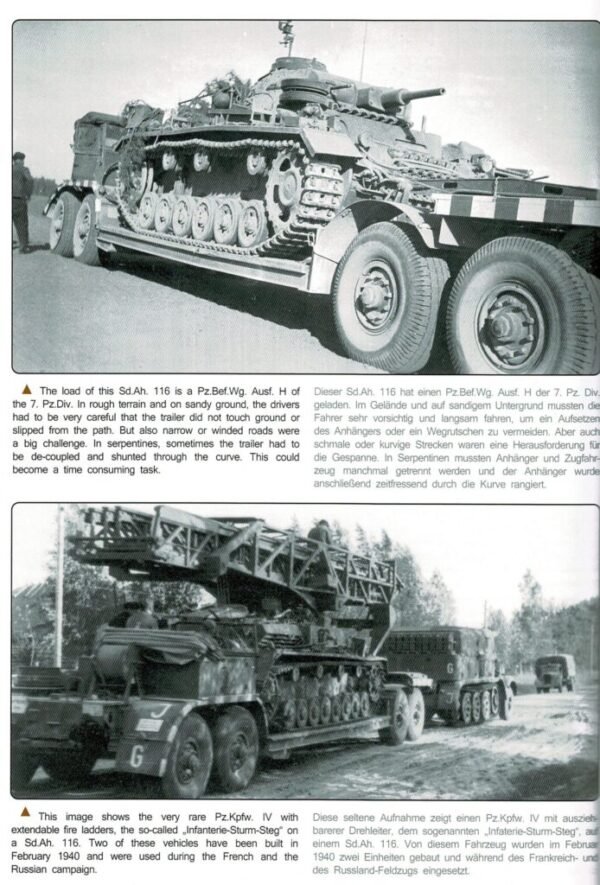 The best collection of illustrations adorn this book throughout and will give the historian an excellent idea of this vehicle from concept to deployment. At the same time its gives the model maker enough of a feast of technical images to super detail any one of the excellent kits available on the market and the scratch-builder all that they could need to take on this fascinating vehicle 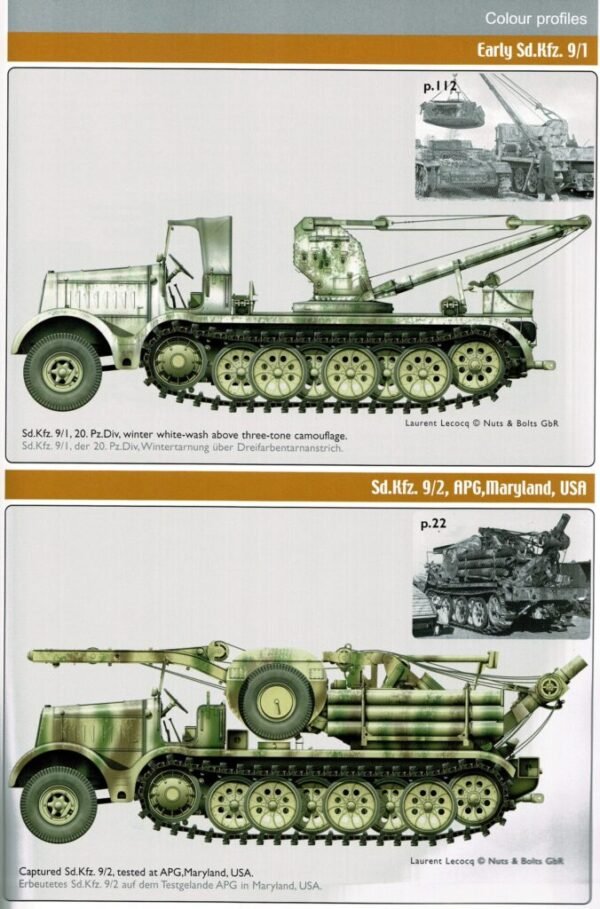 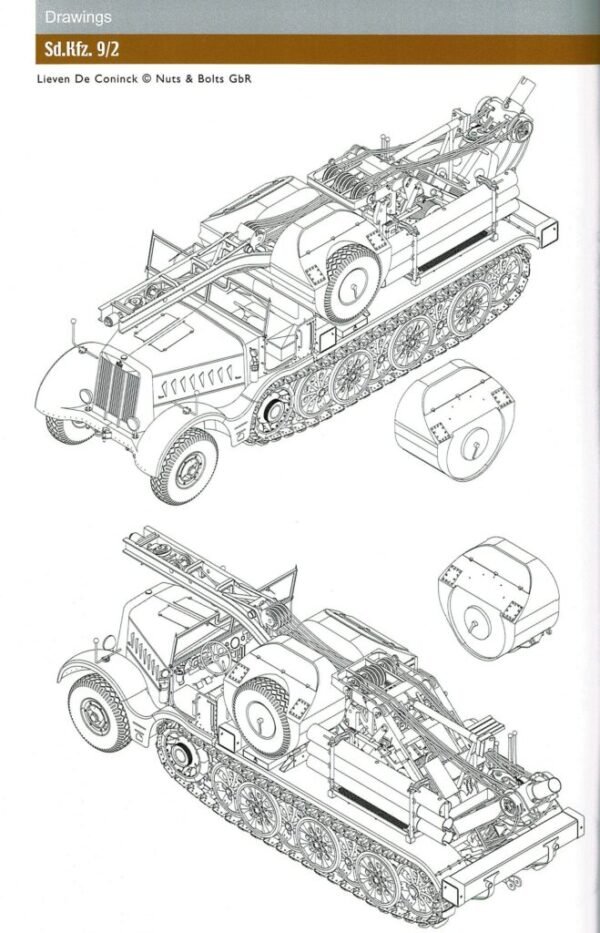 Added to this is a wealth of photographs of deployed vehicles, that will give everyone great ideas for dioramas. 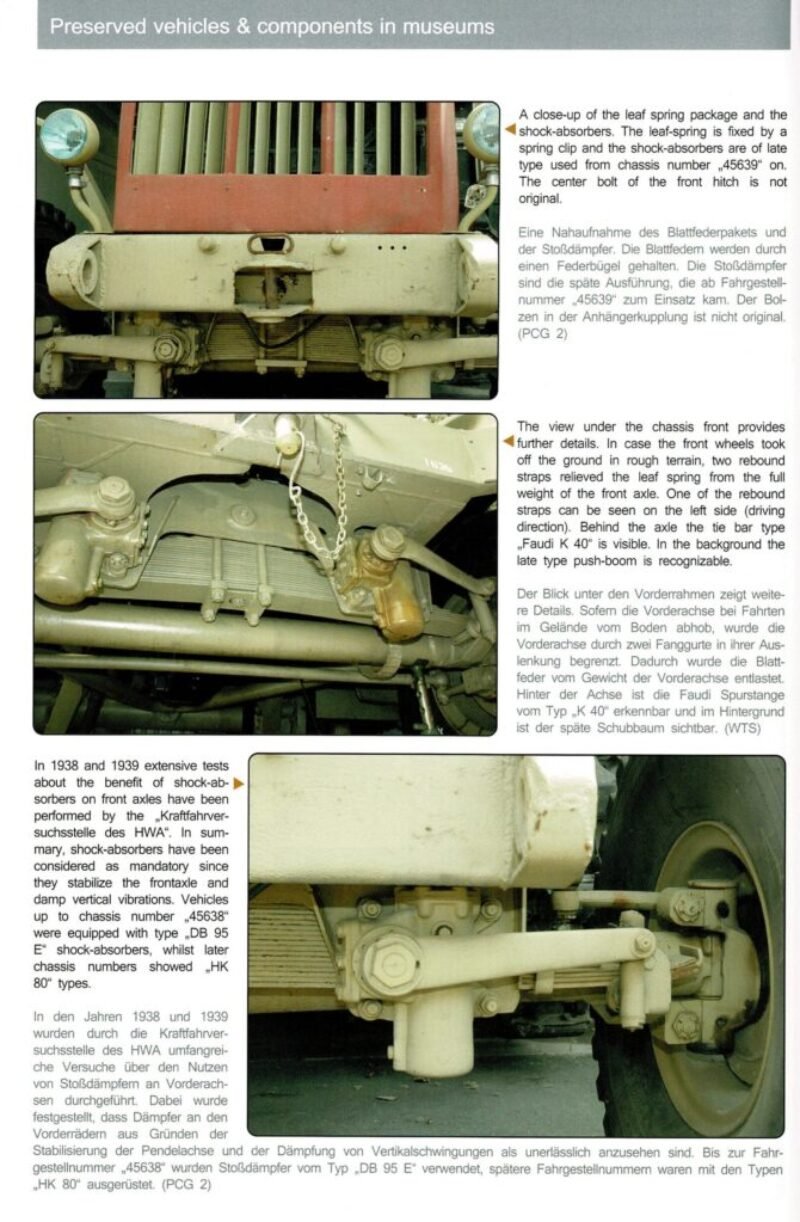 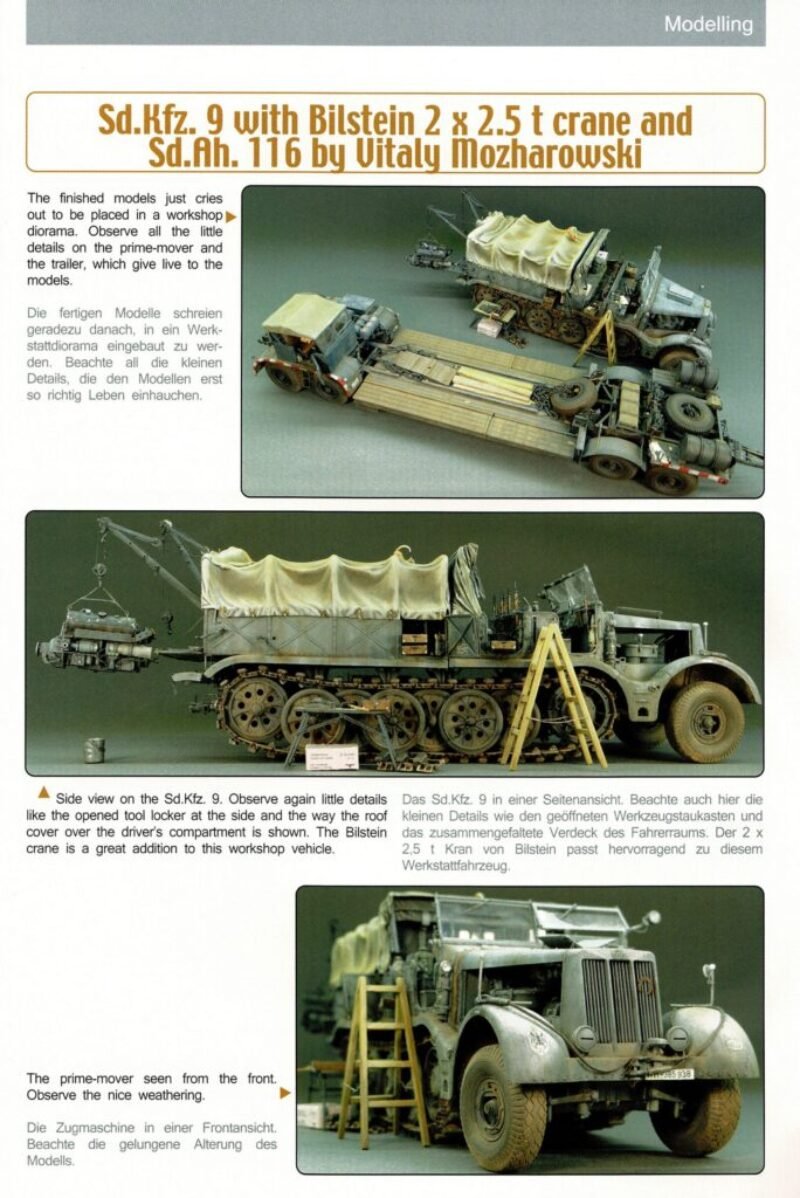 And, just in case you don’t have access to one parked just down the road, Illustrations of restored vehicles give a modern visual access and insight into a fascinating vehicle.

As for model makers, this book has beautifully illustrated contributions on modelling the “Famo” from: Vinnie Branigan, Darren Thompson,Tony Greenland, Vitaly Mozharowski and Peter Zakanyi.  Their models can only inspire others!