Rolled And Swam Into This is the second in a two-part series on the PT-76 amphibious tank. Part one described the characteristics of the lightly armored vehicle, and detailed its exploits and defeats in the Vietnam War.

In the late 1960s, the lightly-armored, Soviet-made PT-76 presented a shock to U.S. troops in Vietnam. A thousand miles to the west, the tank would soon play a role in the fate of what was then East Pakistan — today, Bangladesh.

By the fall of 1971 the Indian military was actively assisting the Mukti Bahini insurgency that took up arms following a brutal crackdown by West Pakistan earlier that March. The Indian government of Indira Gandhi expected full-scale war to break out — and it needed a way to provide armored support for its troops despite the rivers of the Ganges Delta that stood in the way.

As a result, the Indian Army concentrated its two regiments of PT-76s in the area — the 45th Cavalry Regiment and the 69th Armored Regiment, as well as two independent squadrons, the 1st and 5th. Facing them were five Pakistani squadrons of M24 Chaffee light tanks, totaling 66 in all, and three platoons of PT-76s, some of them captured from India during a war in 1965. Before hostilities officially commenced, the Indian Army on Nov. 21 infiltrated the 800 men of the 14th Punjab Battalion across the border near the hamlet of Garibpur to secure a key highway leading to Jessore. Fourteen PT-76s of the 45th Cavalry’s C Squadron rode in support.

The Pakistani army was aware of the Indian presence, and counterattacked early the following morning with a full brigade of 2,000 troops, supported by dozens of M24 Chaffees. The M24 was an American World War II-era light tank armed with a 75-millimeter gun — shared with the Sherman tank — and protected by thin armor that did not exceed 38 millimeters in thickness.

For once, the PT-76 faced an armored opponent on a relatively even footing. However, the Pakistanis outnumbered the Indian force roughly three to one.

However, the element of surprise is everything in warfare, and the Indian tankers had fortunately anticipated the attack, digging their vehicles in an ambush position and setting up anti-tank recoilless rifles. As the Pakistani tanks rolled through thick early morning fog, the Indian tank crews scrambled to their vehicles under the command of Major D.S. “Chiefy” Narag.

The approaching M24s only became visible at ranges as short as 30 or 50 meters. The PT-76s opened fire, destroying 10 Chaffees during an intense 30-minute engagement. The Pakistani tanks struggled to spot their adversaries in the mist.

Narang personally destroyed two tanks before being killed by a burst of machine gun fire. The Indian tankers later wiped out a second attack by a platoon of M24s.

By the time the mists cleared in the afternoon, the Indian squadron counted 14 Chaffees destroyed or abandoned for the loss of six of its amphibious tanks. The accompanying infantry and their recoilless guns inflicted further losses and repelled the Pakistani force. Pakistani F-86 Sabre jet fighters swooped down to the battleground to provide air support. But Indian Gnat fighters intercepted the Sabres at 3:00 p.m. that afternoon, shooting down two of the Pakistani aircraft and damaging a third.

The victory by the outnumbered force at Garibpur boosted Indian morale before the war was even formally declared. Hostilities commenced in earnest after a fizzled Pakistani preemptive strike on Dec. 3, 1971. The encircling Indian Army lunged across East Pakistan’s border, aided by native Mukti Bahini guerrillas.

The Pakistani army had entrenched itself in one fortified city after another, separated by large rivers that posed formidable obstacles to Indian tanks and heavy weapons. Nonetheless, India intended to wage a Blitzkrieg-style campaign of rapid advances to cut off and surround the Pakistani strongpoints, relying on Mi-4 transport helicopters and PT-76 tanks to ferry troops across the enormous rivers.

However, not all of India’s attempts to use the PT-76’s amphibious capabilities panned out. The 5th Squadron’s tanks repeatedly bogged down in marshes and fell behind the infantry. When they tried to ford the Meghna River on Dec. 12, the tanks’ hull seals proved leaky, forcing them to take an overland route instead.

Elsewhere, the amphibious tanks showed their worth. When Indian troops were delayed at Gobindganj by a battalion of Pakistani defenders reinforced with tanks and artillery, the 63rd Battalion executed a flanking maneuver across 55 kilometers of rivers and marshy terrain.

Riding on top of the PT-76s were 12-man squads of Nepalese Gurkha troops renowned for their close-quarters fighting skills with curved kukri knives. Not only did the combined tank-infantry team take the town in a surprise attack, knocking out a Chaffee and overrunning a battery of 105-millimeter howitzers, but a detached squadron of PT-76s set up a road block behind the enemy lines, capturing the defenders as they fled. 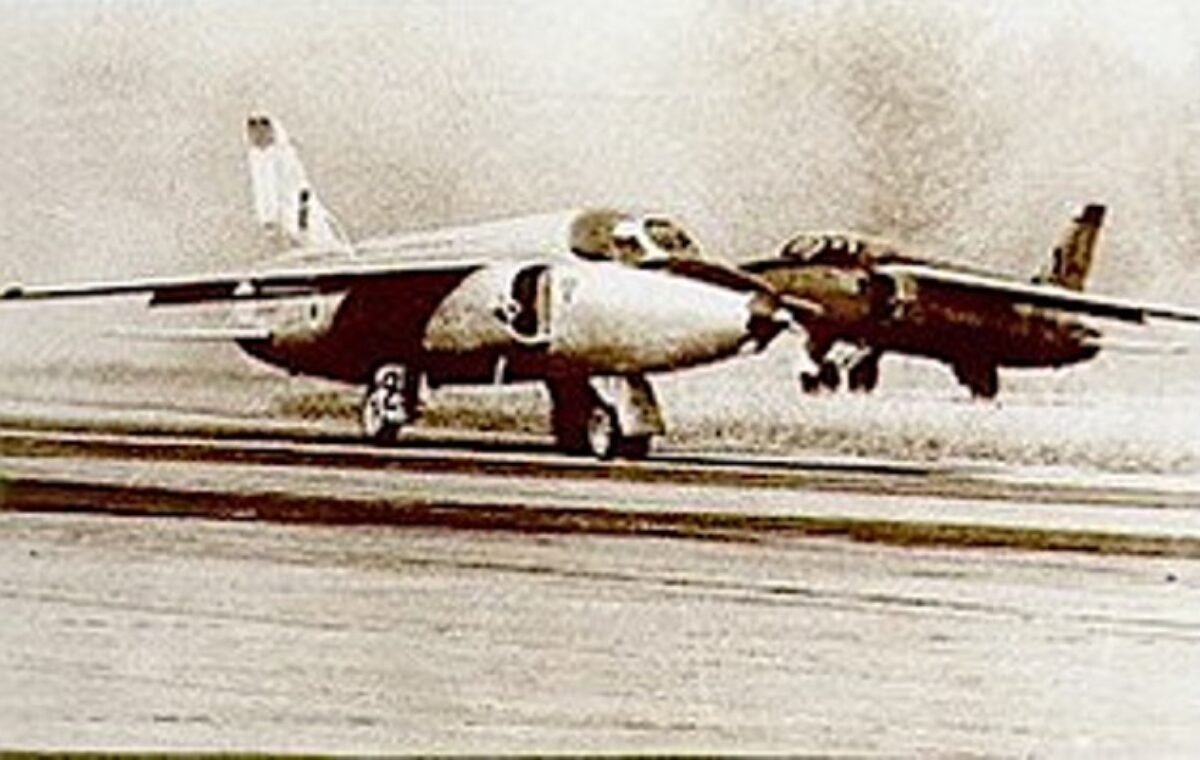 Earlier, charging tanks of the 1st Squadron ejected a stubborn Pakistani infantry company from the town of Mian Bazar on Dec. 4, losing four vehicles to recoilless rifles in the process. Five days later, the same unit stormed the city docks of Chandpur, again with Gurkhas hitching a ride, where they encountered three Pakistani gunboats on the Meghna River.

The tanks sank all three boats in a furious exchange of fire, rescuing 180 survivors out of the 540 troops and crew onboard.

Two days later, the tankers encountered another gunboat and pounded it with 54 76-millimeter shells until it grounded ashore. The amphibious tanks then began ferrying infantry and equipment back and forth across the vast river, though their engines occasionally overheated in the middle of the water, requiring towing by civilian boats.

The Pakistani tankers did have a chance to claim revenge on the 45th Cavalry’s A Squadron on Dec. 9 as they approached the town of Kushtia. Maj. Sher Ur Rahman set up his two platoons of M24s and a supporting infantry company in an ambush positions facing a road on a raised embankment surrounded by open ground. 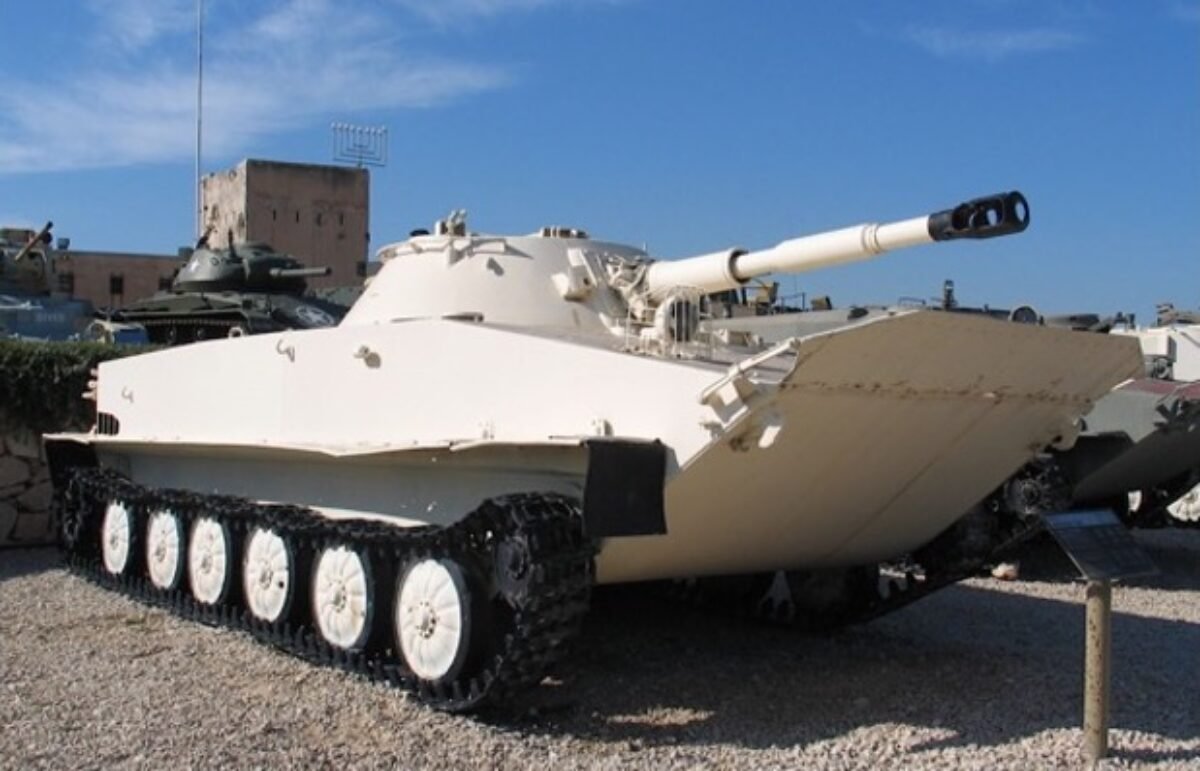 Six Indian PT-76s accompanying a battalion of 22nd Rajput infantry advanced into the open kill zone. The Pakistani guns unleashed hell, blasting one of the Indian tanks in the opening volley. Four of the PT-76s held their ground, knocking out an M24 before being destroyed one after another, while the lead vehicle retreated at top speed, sowing panic in the accompanying infantry.

It took two days for the Indian Army to organize a full assault on Kushtia — only to discover its defenders had already quietly extricated themselves.

The 45th Cavalry was soon back in the action, swimming down the Bhairab River in order to seize the ferry at Syamganj, resulting in the capture of 3,700 fleeing troops. The tankers got their hulls wet again when A Squadron crossed the Madhmuti River on the night of Dec. 14 with infantry on top to capture the Kumarkhali ferry, bagging 393 more prisoners in the process.

Two days later, the commander of Pakistani forces in East Pakistan surrendered the capital of Dacca, leading to the creation of the new state of Bangladesh. The Indian Army had advanced with shocking swiftness across the rivers of the Ganges Delta, a victory in which the PT-76 had ably supported.

The lightly armored tanks suffered heavy losses — one source claims 30 destroyed or damaged — and did not always prove reliable. However, by aggressively flanking enemy positions, cutting of retreating troops, and working in close cooperation with infantry, the Indian tankers got impressive results out of their thinly-armored mounts.

Crossing the Suez Canal — in both directions

Syria and Egypt also fielded PT-76 in their wars with Israel, the latter losing 29 to Israeli tanks in the Six-Day War. But Cairo invested in more of the amphibious tanks, as it had a specific role in mind for them — participating in the epic crossing of the Suez Canal that separated the heavily fortified border between Egypt and Israel in the opening assault of the Yom Kippur War.

But in actuality, the PT-76 occupied a modest role in the crossing of 90,000 Egyptian soldiers and nearly 1,000 tanks. Following a heavy Egyptian artillery bombardment, at 2:00 p.m. on Oct. 6, 1973, 20 PT-76s of the 130th Marine Brigade swam across the Great Bitter Lake, escorting a thousand marines mounted in amphibious BTR-50 armored personnel carriers.

The Israeli army hadn’t built fortifications or sand ramparts on the far shore of the lake, so the Egyptian marines made it across without opposition by 2:40 that afternoon and began clearing nearby minefields. Two hours later, the marines repelled a counterattack by an Israeli armored company, knocking out two tanks and three APCs with the help of Sagger anti-tank missiles.

The mechanized brigade proceeded to conduct drive-by raids on the Israeli air base of Bir El Thamada and nearby radar stations.

The brigade’s 603rd Marine Battalion then peeled off to capture and hold Fort Putzer, seizing the unoccupied position on Oct. 9 and holding it until the end of the war despite repeated counterattacks. Meanwhile, the 602nd rolled eastward, where it had the misfortune of bumping into a battalion of 35 Israeli Patton tanks late at night on Artillery Road.

This night fight didn’t go well for the battalion’s 10 outgunned PT-76s, which were blinded by the Patton’s Xenon searchlights. The Israeli tanks devastated the battalion, forcing the survivors to retreat back to Egyptian lines.

However, the tale of the PT-76 and the Suez Canal does not end there, as the Israeli Defense Forces had two dozen of its own PT-76s captured during the Six-Day War and refitted with American-made engines and machine guns. Several were reportedly used in Operation Raviv in 1969, an amphibious hit-and-run raid using captured armor against new Egyptian radars and surface-to-air missile sites on the Suez canal during the War of the Attrition.

A week after the Egyptian crossing, the IDF had stabilized the Suez front line but still faced the bulk of the Egyptian 3rd Army on the Israeli side of the canal. Rather than tackle the army head on, Gen. Ariel Sharon struck its flanks, forcing an armored spearhead back to the canal so that he could cross over to the Egyptian side.

Seven IDF PT-76s and eight amphibious BTR-50s of the 14th Armored Brigade swam across the canal on Oct. 14. Once on the far shore, they began marauding down the line of Egyptian support installations, blowing up lightly defended logistical bases, surface-to-air missile sites and radars, allowing Israeli air power to come fully into action.

A CIA report even notes that the tanks had Arabic-speaking drivers and Egyptian markings to better sow confusion behind enemy lines.

The vehicles were soon joined by many heavier Israeli tanks which crossed using two captured bridges and motorized rafts. These proceeded to encircle the Egyptian 3rd Army in the following weeks, spurring the United States to impose a ceasefire which brought the war to an end on Oct. 25.

The PT-76 would be involved in numerous other conflicts. Over a half century, the Indonesian army used its PT-76s to invade East Timor, patrol against the Banda Acheh secessionists, and suppress unrest on the island of Ambon.

Angolan PT-76s dueled South African Ratel armored cars in the Angolan Civil War. Iraqi amphibious tanks fought in the Iran-Iraq war and were hammered by U.S. aircraft in 1991 and 2003. Multiple factions in the Yugoslav civil wars fielded the vehicle.

Hundreds of PT-76s remain in service across the globe today, so the story of a 60-year old tank that seemed under-gunned and under-protected from the day it left the factory floor may not be over yet.

Reproduced with kind permission of the Author – Sebastien Roblin.Click to follow him on Twitter
First published by www.warisboring.com