Volume 42 in the Nuts and Bolts series of historical military vehicles.

– The standard 6×6 cross-country lorry of the Wehrmacht 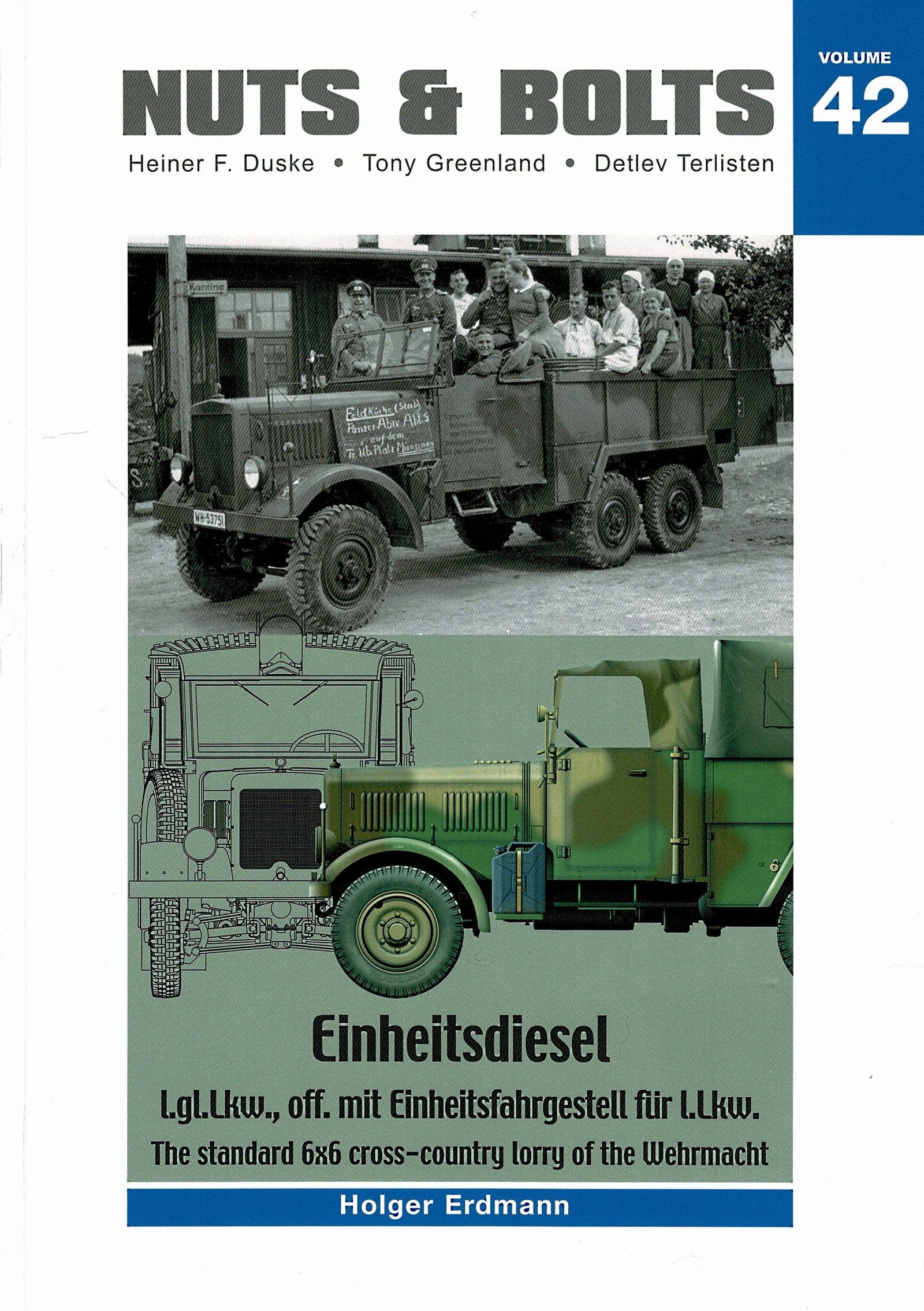 Nuts and BoltsVolume 42: ‘Einheitsdiesel – l.gl.Lkw., off. mit Einheitsfahrgestell für l.Lkw. – The standard 6×6 cross-country lorry of the Wehrmacht’, is a great accompaniment to Nuts and Bolts volume 32: ‘mittlere geländegängige Lastkraftwagen (o) – The medium cross-country Lorries 3 ton (6×4) of the Reichswehr and Wehrmacht’.

These volumes take a good long look at the vehicles that made up logistics backbone of a mechanised Wehrmacht. As with the other titles in this series, the reader can expect to be treated to an intense and thorough coverage of a type of vehicle perhaps unfairly overlooked in both the histories and by the model making fraternity.

Even though much of the army was horse drawn, the need for mechanised transport was recognised early on and conscious efforts were made to provide a viable solution for that need.

The development of dedicated military lorries was set against a backdrop of the end of WWI and the ensuing strict restrictions placed on Germany’s remaining military establishment by the treaty of Versailles which prevented any development of ‘specialised’ military vehicles.

Compounding this was a post war economic crisis which had left the country’s industry in no fit state to commit the limited resources that remained, to set about a new program of development.

To some extent there was no urgency as there were lorries available from the former Imperial German army. These vehicles had survived the war, though due to the tight economic situation, many of these were left in a poor state with reduced means of repair and fuel to run them.

Things were to change when the Reichswehr, produced their plan for motorisation based on the development of multi-axle vehicles with load bearing capabilities from 1.5 to 3 tonnes.

A simple bit of guile was all that was required to get around the Versailles treaty and that was simply to state that this was by and for the civilian sector.

While these developments were based on civilian designs, their capabilities were never going to ultimately meet the military requirements. Not until the 1933 coming to power of the National Socialists and their flagrant flouting of the treaty rules, did a purely military endeavour to develop military transport vehicles emerge.

Wow! I know one should not get over emotional in a book review but really …wow.

A well written history accompanying an excellent technical breakdown gives a fascinating backdrop to this vehicle. However as a model maker, one must say that the 400 photographs emphasize the sheer number of variants of this vehicle.

Modellers will love the illustrations of snow ploughs, radio vehicles, maintenance and mobile workshop vehicles, ambulances, munitions carriers, mobile kitchen trucks and fuels carriers to name but a few variants. There are images of the Einheitsdiesel towing everything from a fuel bowser to a 15cm s.I.G 18! 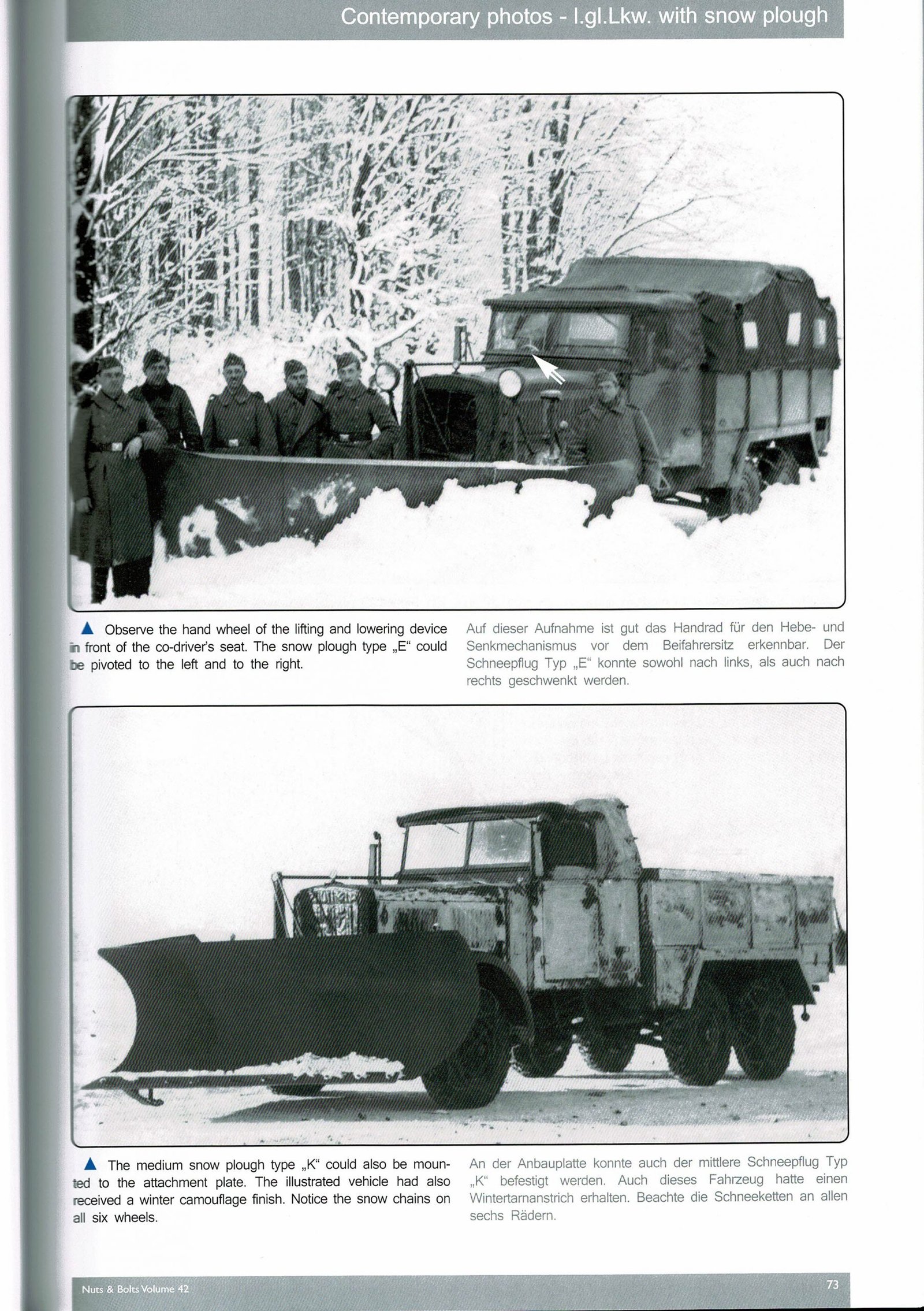 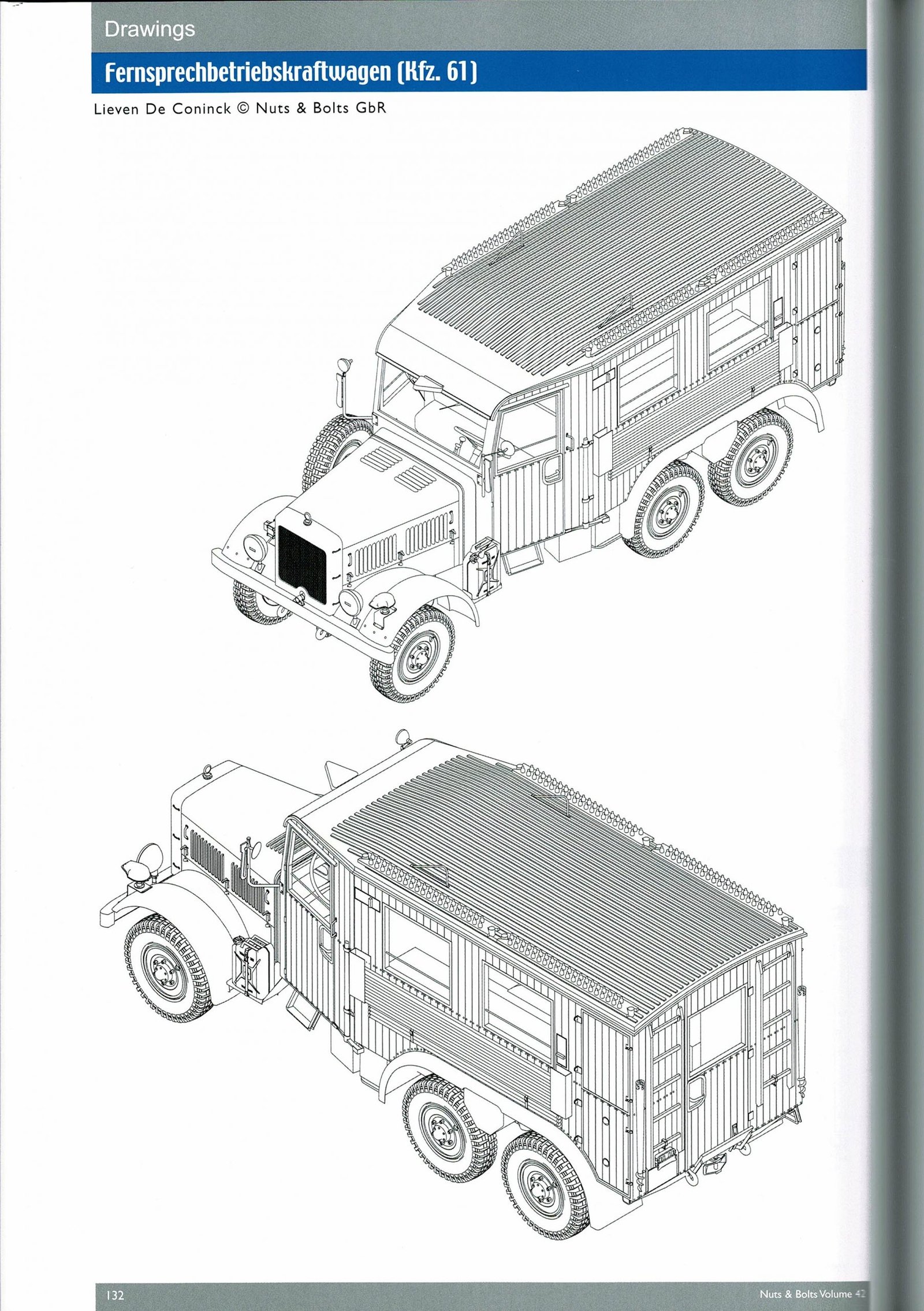 Tony Greenland and Vinnie Branigan both give a modellers take on the ‘Einheitsdiesel with built examples illustrated in the book.

Thanks to Sala Mandra

Nuts and Bolts Volume 42: ‘Einheitsdiesel is a very big must have publication. This is one book to which both modellers and historians alike will constantly refer and is well worth every penny. So put this on your birthday or Christmas list and start dropping big hints! 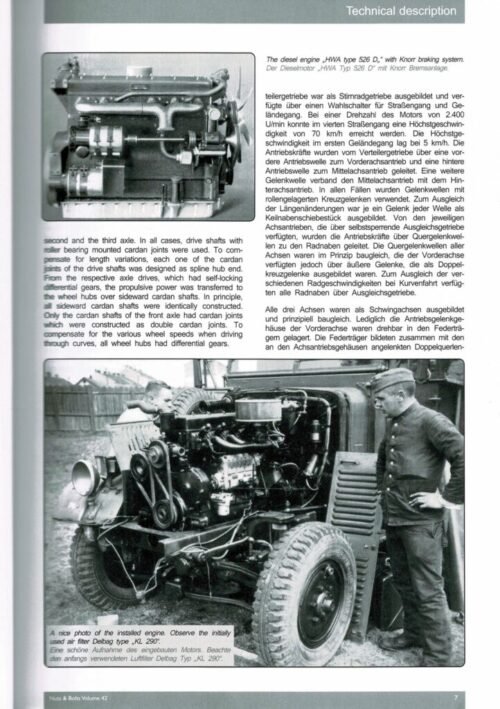 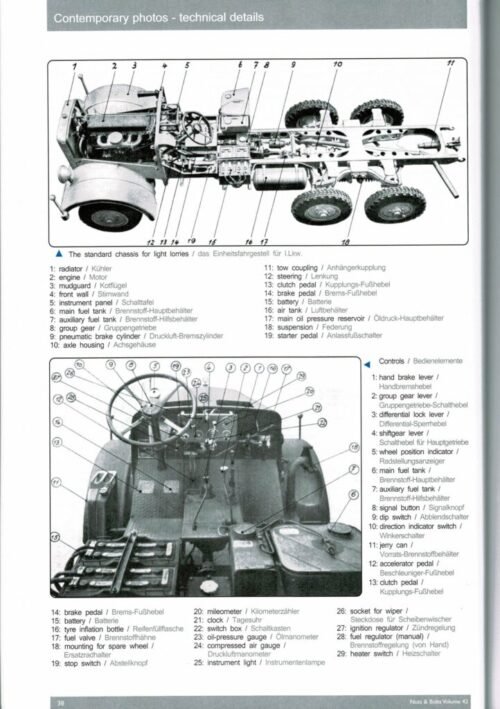 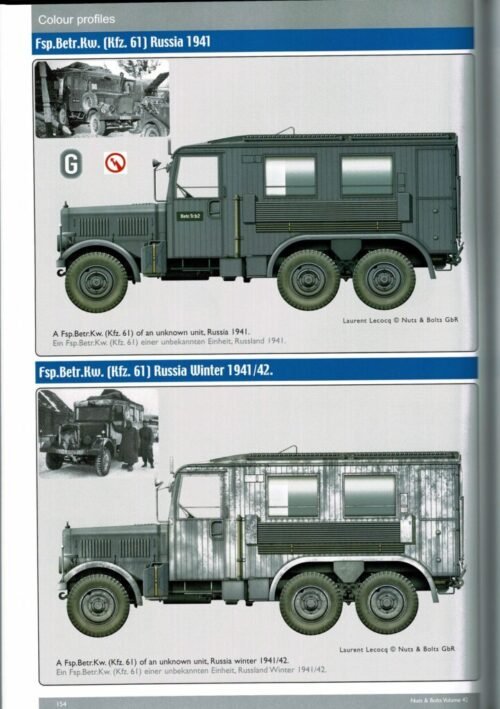 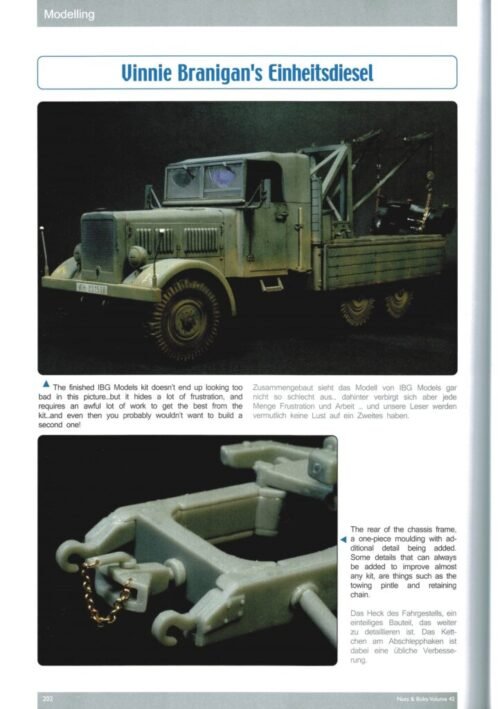